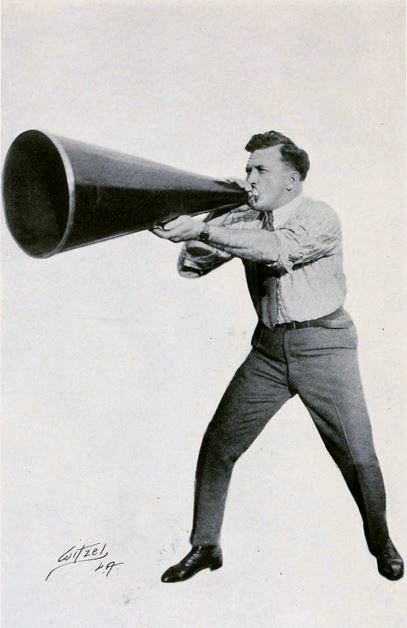 Of all the routines I use during the last five minutes of class, Shout-outs is my favorite. It’s a simple premise: At the end of class on Thursday, I shout out students who did something in the past week that deserves recognition. Then, I give my students an opportunity to shout out anyone that they would like to recognize. That’s it. Simple, but incredibly powerful.

As I thought about who to shout out each week, I looked for specific examples to mention. In class one day, a young man who often had trouble regulating his behavior (he liked to throw objects) participated in our lesson about systems of equations and answered some tough questions. During Shout-outs that week, I made sure to point out his contributions to the class, and I told him in front of the entire class that even when he’s having a rough class, I know that he’s capable of doing excellent work. When a student struggled on an assessment but came in to work on corrections and a retake, I complimented that student during Shout-outs for his/her commitment to learning from his/her mistakes. I noticed one student who went out of his way to help his classmates by lending them materials, picking up dropped items, and otherwise just being a kind, generous young man. This isn’t the type of behavior that typically receives much recognition in school, so I’m glad I could acknowledge his actions. These three examples are but a small sample of the wonderful behaviors I celebrated each week during Shout-outs.

But my Shout-outs were only half the story. Students often had their own excellent Shout-outs to give. I remember an especially touching moment when a girl gave a Shout-out to the kind young man I mentioned earlier. In front of the entire class, this girl, with tears in her eyes, expressed how deeply moved she had been by how kind the student was to everyone on our team. Wow! If that alone isn’t reason enough to do Shout-outs, then I don’t know what is. Other notable student Shout-outs include the boy who, week after week, shouted out his teammates for working hard and for supporting him on the field; the many, many students who shouted out classmates for working hard to improve their grades; the class period that shouted me out for something like twenty weeks in a row; and the student that had great difficulty staying on task who chose to shout out the most focused student in the class for never letting anyone keep him from learning. Some weeks no students had Shout-outs, and some weeks students had silly ones. But for the most part, students offered great Shout-outs that made the whole exercise worthwhile.

I decided to start Shout-outs this year because I wanted a way to build a stronger culture in my classroom and to make every student see what I value as a teacher. It often seems like two types of student stand out in class: those who do especially well and those who struggle academically or behaviorally. Students in the “middle” unfortunately don’t always get the attention they deserve. I hoped that by pointing out the good things they did I could reinforce and validate their behaviors. But more than this, I just wanted students to hear good things about themselves and about each other. Every student deserves to know about the good things that they do. No matter what grade a student has, no matter how hard a student works, no matter the number of times a student has been sent to the office, no matter how much a student struggles to focus or to behave appropriately, no matter whether a student likes you and your class, no matter whether you like that student, no matter ANYTHING, I guarantee that every student does at least one awesome thing every week that the student deserves to know about and to be proud of. I can’t claim to even come close to recognizing students to this degree, but it’s not for lack of effort. As I continually discover through my teaching, my most important actions have little to do with content. I truly make a difference when I help students to see their tremendous capacity for great deeds and incredible accomplishments.