I attended Joel Bezaire‘s Sports Analytics session at TMC18. It was awesome! Joel has done an amazing job developing a curriculum based on Sports Analytics. I decided to share a lesson I did this past year involving sports. It’s nowhere near as good as Joel’s lessons, but I think it could be something with a little work.

One storyline during the 2017-18 NBA season involved the advanced age of the Cleveland Cavaliers roster. In October, ESPN’s Brian Windhorst published the article “Cavs the oldest in a long line of old LeBron teams.” The article contained the table shown below:

I presented this table and the article’s headline to my Integrated Math 1 students and asked them to Notice and Wonder. This was quite a few months ago, so I don’t really remember how the discussion went. We ended up talking about whether it made sense to use the average to determine the NBA’s oldest team. I proposed a roster consisting of three of my 14-year-old students, my pregnant colleague’s soon-to-be-born child, and one of my colleagues who I joked was 185. They quickly saw that this team’s average age would reveal very little about how old or young the team really was. We decided that we needed a better way to discuss a team’s age.

From this point, the lesson didn’t go how I had hoped. I gave every student or pair of students a team roster and told them that I wanted the class as a whole to find a way to compare team ages across the league. I provided the entire class with a single piece of poster paper that they could use to present the information using whatever representation they liked. Although I didn’t say it, my intention was for students to make a box plot for each team. If nothing else, I expected students to go beyond simply reporting an average age. The results were decidedly mixed. I think this task focused too heavily on calculation and representation, and it did not focus enough on thinking and discussion. Interestingly, several students told me then and later in the year that they really enjoyed getting to work with the NBA rosters. There’s definitely the potential for a good activity here; I just haven’t found it yet. Let me know if you have any ideas! 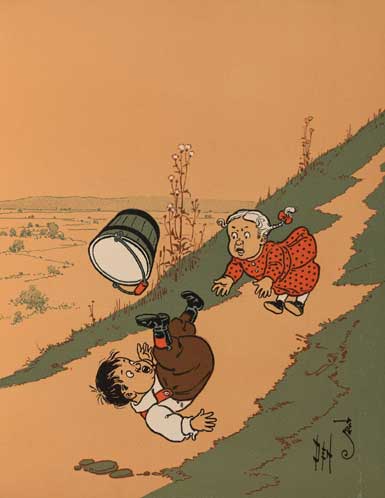 This lesson is the first one that the other two eighth-grade math teachers and I planned together. It’s similar to Dan Meyer’s Graphing Stories, but because so many of our students had seen those before, we needed a different set of stories to graph. One of my colleagues found a video of Kurt Vonnegut (probably my favorite author!) talking about the Shapes of Stories. He drew graphs for a few simple stories that most eighth graders would know, and he made it funny! Well, maybe I’m the only one in the classroom who found Vonnegut’s comments amusing. Don’t worry, though, because I joked about his jokes to really make things hilarious. I can’t recall if anyone actually laughed. Let’s pretend that they did. Anyway, we started the lesson by watching that video, strategically pausing it to ask students some questions and to make sure everyone understood the stories and the graphs. For the most part, students had seen Graphing Stories before, making the introduction go smoothly.

The next part of the lesson involved students graphing nursery rhymes using the same axes that Vonnegut did. We chose nursery rhymes for several reasons: (1) Many students would be familiar with them; (2) Nursery rhymes tend to be fairly short, making it easy to read through and graph a bunch of them in a class period; and (3) Nursery rhymes often feature significant changes in happiness, which made for graphs with lots of interesting characteristics. I placed each nursery rhyme in a dry-erase pocket and set them around the room. Then, I gave each student a sheet full of blank graphs on which to draw each story. As the students went around the room drawing the graphs, I had them cut out each completed graph and put it in the back of the dry-erase pocket. I chose two or three graphs for each nursery rhyme to look at as a class the next day. When we came in the next day, we started comparing the graphs I chose to see how students viewed the nursery rhymes differently. For each difference that students noticed (e.g. linear vs. non-linear), we tried to explain what might lead students to draw their graphs differently. We concluded that while mistakes caused some of the differences, the variety of interpretations for each nursery rhyme led to the majority of differences. Throughout this discussion, I listened for – and tried to point out – mathematical vocabulary like “increasing,” “line,” and “maximum.” After discussing three or four graphs, I decided we should move on, so we began formalizing the mathematical vocabulary that students had been using. Students drew examples in their notes for each vocabulary term, and thus, we achieved our goal of introducing and developing some important graphing terms.

I’ve done this lesson two years in a row, and as I enter my third year teaching 8th grade, I’m not sure if I want to use it again. I like starting the year with “intuitive” graphing. It’s a good way to help kids start thinking mathematically after a long summer, and it works well to introduce the graphing vocabulary that we use throughout the year. Also, I like the literacy connection, especially considering my district’s continued focus on literacy. That said, this lesson seems to be missing something. The discussion portion on the second day hasn’t worked as well as I’d like, and even though students usually seem engaged, I’m not sure that they’re doing as much thinking as I want them to. Part of the difficulty lies in the vast differences in prior knowledge that my students bring to the class. For some students, drawing the graphs and using vocabulary to describe them presents very little challenge. They’ve done this before and already know the terminology. For others, however, the process of analyzing the nursery rhymes and graphing the results proved extremely difficult. In many cases, struggling students did not seem to have much experience actually moving around and participating in class. I suppose the lesson ended up being a sort of compromise that worked well enough for everyone. I hope that I can come up with a way to enhance this lesson before I use it again.